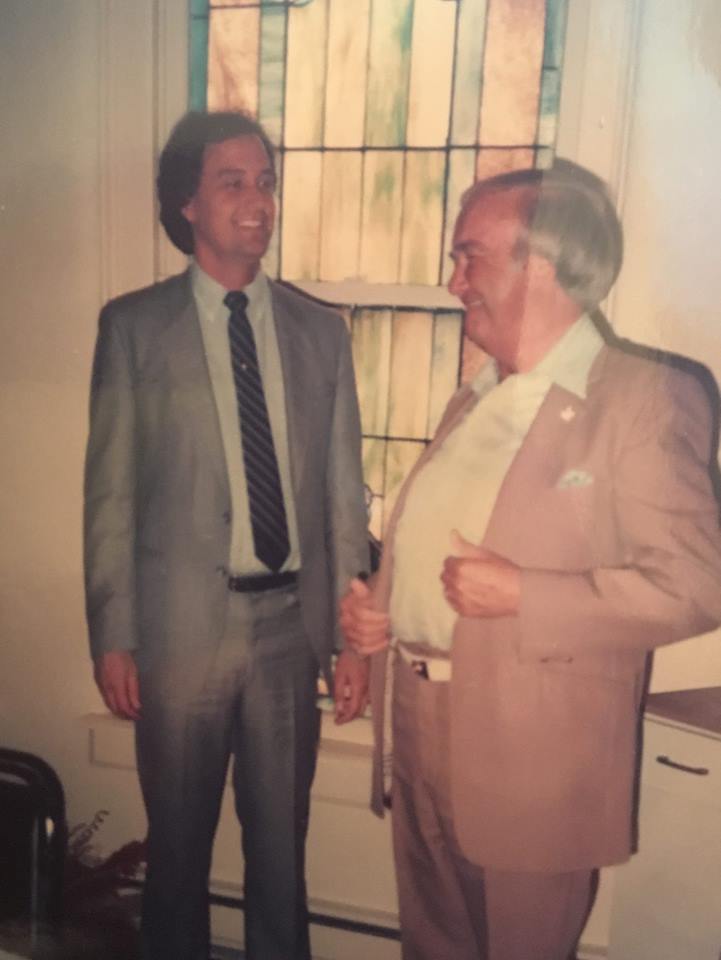 I am writing this to acknowledge the death of my former mentor, Norvel Hayes of Cleveland, TN.

Sharing my thoughts and feelings about it is a bit difficult to do for me. I have no clue what is going to come out. So, here we go…

At approximately 8:00 PM on August 15, 1974 I was welcomed into the home of Norvel Hayes in Cleveland, Tennessee. As I look back, it could have been any home of the hundreds of thousands of ministers representing the tens of thousands of different belief systems and denominations within the umbrella of the religion called Christianity.

In many aspects of the so-called ministry, it could have been virtually any one of the myriad of the others.

However, for me, it was Norvel Hayes.

This was a man who claimed to cast out devils, curse cancer to the healing of people, and a man (who just like his now departed mentors) said he would be alive when Jesus returned to Earth. This was, of course, according the “Second Coming” doctrine which is shared almost universally within the Christian world.

Was the introduction to Norvel an eventful night? I could not overstate the impact it had on me no matter how I would say it! The next 20 years of my life would be influenced and directed by Norvel Hayes. I suppose, in many ways, he still influences my life to this very day. I have fond memories and many anguished memories. Yet, as I write this, I sit here unmoved by any of these memories at all.

For those 20 years I fought, struggled and misrepresented the story of my “deliverance” from homosexuality.

Starting with that night in 1974 in Norvel Hayes’ home, it seemed as long as I kept struggling AND misrepresenting the truth, I was accepted, loved and promoted by him. The moment I started telling the truth, everything changed with his approach to me.

Norvel was in his early 90s, so I knew his passing was not too far away. I wondered when he would die, how I would feel, if I would feel something. I search for the space in my soul that this person occupied for over 20 years. At this moment, I cannot find it.

Long before I accepted the truth about my sexuality, I was learning the actual truth about the Gospel of Peace and the Gospel of Grace—that all of humanity (including myself) were 100% at peace with God (and as righteous as God), all delivered by the Grace of God (His literal unconditional love and acceptance). That knowledge of the Gospel of Grace and Peace carried me through the loss of my relationship with my mentor Norvel Hayes decades ago. So, in reality, I lost him then. Since then I’ve been carried into another world I did not know existed, a world where lies are NOT part of the formula for success in life and a staple of “relationship with Christ”, as was my experience under Norvel and in Christianity.

It’s been almost 40 years now. It is that same Gospel of Grace and Peace that has supplanted the philosophy and religion which dominated my soul for those 20 years with Norvel. This approach almost cost me my life. Tragically, it has been the end of multiple millions throughout the history of this planet.

So, another human who said he would see Jesus return before their death has died. This one’s name was Norvel Hayes.

And as far as I know, Norvel never cast out a single “devil” nor did he cure any cancer. It does me no pleasure to tell you I know this because I saw it prove out in the worst possible ways in the people closest to Norvel.

My time with Norvel Hayes was marked by a decades-long struggle to establish my own righteousness through faith. But now? I count it all dung. Yes, I count it all as a loss that I may experience the always-present righteousness of Christ Jesus and know the power of His resurrection.

To those who mourn his passing, let your hearts be comforted by knowing that Norvel was always righteous and always will be, like the rest of the human race past, present and future. Just wish that he would have known it before now.

Like many in the Christian religion, Norvel I believe you were well-intended. I love you.

Check out these articles:

Click Here To Listen To Our Latest Powercasts, A Verse By Verse Study On Galatians:
Part 1: Religion’s Poison
Part 2: Religion’s Pillars
Part 3: The Path of Righteousness
Part 4: Rules? OR Freedom?
Part 5: You Are Free-er Than You Think

Watch An All Inclusive Bible Study: Sugkleio: HOW TO STUDY THE BIBLE!!!