Don Beres Bartlett was from Brisbane, Queensland, Australia. He was born on October 13, 1951 and died  September 29, 2021 in a Cullman, Alabama nursing home. He was just a couple weeks short of 70 years old. He had struggled for quite a while with diabetes and then contracted COVID-19 in 2020.

Survived by his loving wife Lora and his beautiful daughters Christie and Joni, Don also maintained a close friendship with his former wife Frieda throughout the years.

Immigrating to Nashville, Tennessee from Australia with Lora, Don was very involved in Evangelical Christianity for most of his adult life. In 2010, Don heard the Gospel Revolution podcast with Michael Lilborn Williams and Glenn Klein. To say the least, his religious and spiritual worldview was upended.
Discovering the Gospel of Peace and Grace through Jesus Christ, resulting in the righteousness of all humanity, would change Don’s life forever. He began communicating frequently with Michael, got involved in the ministry, and eventually became the co-host of the “Powercast” in 2011, reaching over 185 nations.
Don’s contribution to the Gospel Revolution cannot be overstated. All you need to hear to understand his devotion and understanding of the importance of the Gospel and its Revolution is to listen to his  “Deconstructing Religion and Barbecuing the Sacred Cows of Christianity” line from the podcast.

We are purposely utilizing the presence tense, because Don’s influence throughout the world is being felt right now and will always be. Don’s intelligence, insight, his understanding of the Greek of the New Testament Writings, his humor and love of the Gospel in Christ is second to none.

Don Beres Bartlett is an original. While his voice will ring throughout eternity, his physical presence is sorely missed by his family, friends, and the thousands around the planet who appreciate, respect and will love him without ending.
Add your “Dear Don” message below. Alternatively you can email your “Dear Don” message to freedom@gospelrevolution.com 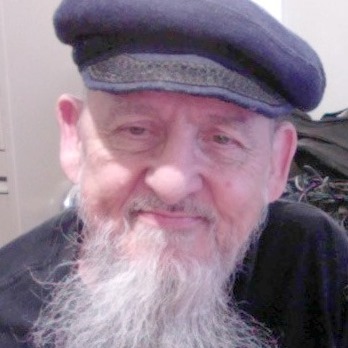