So, This Atheist Went To Heaven 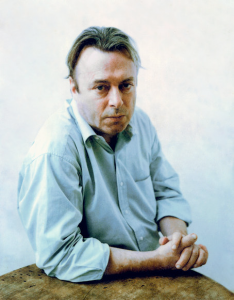 Christopher Hitchens, the political writer, commentator, and avowed atheist passed away last week at age 62 after a long bout with cancer. And then, although it may sound like the start of a joke, this atheist went to Heaven.

In his media appearances, Hitchens made some of the most rational and reasonable observations I have ever heard. In a recent interview with CNN’s Anderson Cooper he said, “I do not think that any incantation (prayer) can save the soul or the body.”

How is it that someone who teaches and advocates for the Gospel of Grace and Peace as much as I do could be in such agreement with an avowed atheist?!

Here’ how…Long before the Gospel stabilizes one’s heart it must first dismantle the irrational but widely accepted conclusions of Christianity and religion. Hitchens’ statement that a prayer cannot save the soul, meaning ones eternal destiny, is more rational than anything ALL the evangelists combined on planet Earth are saying, that’s for sure!

Rational thinking can come from any place and any person’s heart at any given time. Yet, rarely does it emanate from a mind dominated by religious thought.

Even though Christopher Hitchens did not believe in God, his statement about the power of prayer to effect eternity is according to the Gospel 100% accurate. Once he took his last breath he was confronted with the reality and enormity of the work of the Cross. And he now knows that the God he did not believe in loved him desperately and without condition.

And Hitchens also discovered upon his entrance into Heaven that he was totally right about his stance on prayer and belief, that an incantation could not change his eternal destiny. Still, his stance did not mean he did not have an eternal destination. He just didn’t know it!

Now as we approach 2012, have you heard? This is going to be the last one that humans will be here. 2012 is the end of the world, again! Really?

Once again, let me be consistent, persistent and repetitive. “IT AIN’T GONNA HAPPEN!”

Will my voice be heard amid the irrational clamor? Maybe not this time, but will it eventually? Without a doubt! Why? Because that statement, that rational verifiable statement, is out there.

Thank you so much to those of you who have supported this effort financially and otherwise this past year. It has given us a greater opportunity to speak rationally into this sea of confusion.

Some might ask, “Mike should we pray for you?”

Let me reply with the wisdom of Christopher Hitchens. During his public battle with cancer people would ask him the same question. “Should we pray for you?”

Hitchens would reply, and I echo, “If it makes you feel good.”