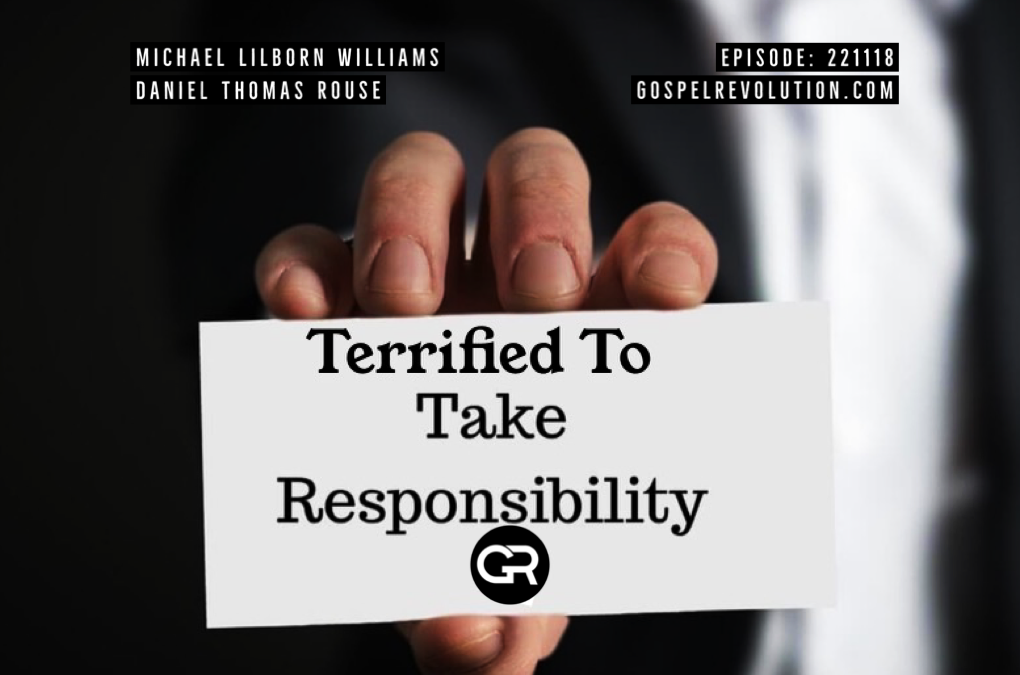 “I remember when I realized people were terrified to take responsibility for their own lives,” says Gospel Revolution Founder and President Michael Lilborn Williams

This memory came to Michael at the top of this week’s Powercast as he and Daniel discussed the other side of freedom which is often not considered – personal responsibility. As Daniel completes his stay in the Secret City, he rehearses his journey out of Christianity into “the process and struggle of living in freedom”. We learn about his past “comfort zone” of having others (including God) make decisions for him, leaving all the responsibility for life choices to others.

Then the fellas jump back into the “eternal life pool”, where the water is just fine, starting in John 10:25. We discover the implications of not hearing Christ.

Michael concludes, “You can rest from having to hear the voice of God or Christ.

John Chapter 12 reveals a text jam-packed full of references to eternal life and what the requirements for it were prior to the Cross and all these reasons for having or not having eternal life. Jesus was setting the whole thing up, as did the Hebrew Scriptures, ending with NO BELIEVERS!

If belief was a qualifier, there would be no inheritors of eternal life.

“Believing…what a curse!” Michael exclaims. “Hope and faith and believing and obedience were all a means to an end.”

After all he preached and taught, then Yeshua said, “Now is the judgement of the world!” He had no followers on the day of judgement. It was HIS day, It was “the Day of the Lord.”

“YES, Jesus did say all these things, But nobody measured-up to them…and these did not apply after the Cross,” Daniel said.

Michael chimes in, “People have followed all kind of charlatans with no truth. Was Jesus really bad at this or what?”

Or had God, as was predicted in the Hebrews Scriptures. blinded everyone’s eyes for a distinct and ultimate purpose? “We cannot see clearly until we know what we were blinded to (and why) or you’re going to end up with your own doctrines and denomination,” Michael reminds us.

There is more than enough truth contained just in this one podcast to set the entire planet free. Finally, we learn what eternal life truly is… and it ain’t going to heaven!