220916 The Pursuit To Prove Ourselves Wrong 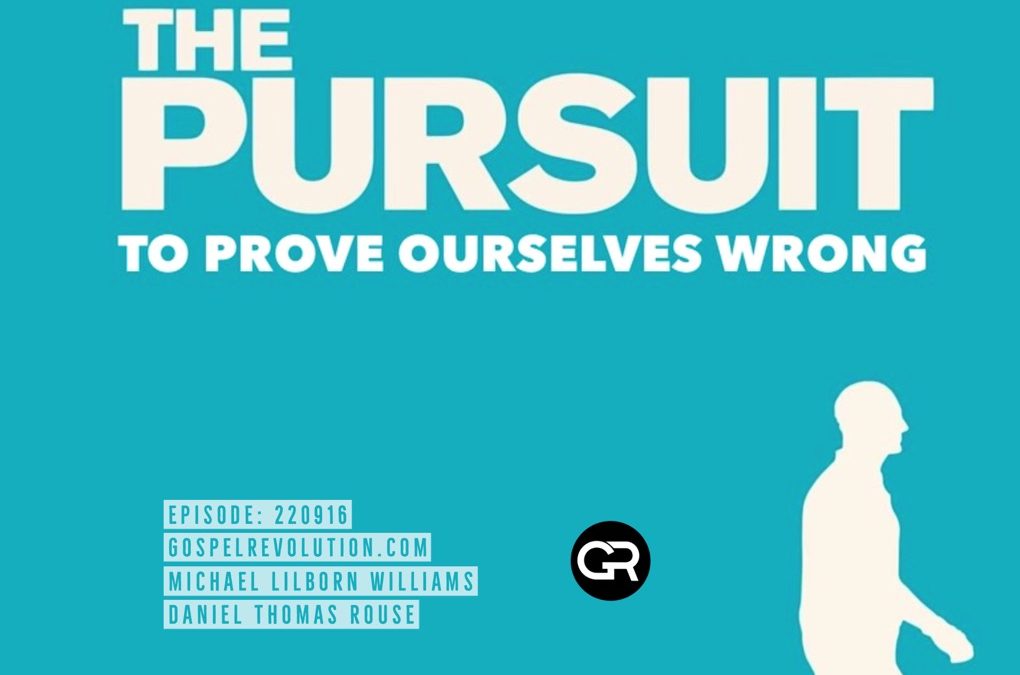 There are two types of criticism above. The Gospel Revolution eschews the first one. The latter? For us, it’s a “daily practice”.

Michael and Daniel begin this Powercast articulating appreciation for the opportunity to closely examine doctrines like “original design” during “the pursuit of trying to prove ourselves wrong.”

Why would we want to prove ourselves wrong? The criticism we embrace, “the analysis and judgment of the merits and faults of a literary or artistic work”, is first directed at our own work and study. Because as soon as one realizes one is “wrong”, one is on the way to being “right”. That’s why!

While answering a question in a critical letter from Brian Bennett (including a “character assassination” charge), Brian asks, “Why the criticism?”

Paul did it. Jesus did it. We do it. Did and do what? Listen on…

We learn the first 39 chapters of Isaiah are loaded with references of God’s anger, wrath, jealousy, etc. and why “these guys” not wanting to respect the God in the Hebrew Scriptures may be understandable.

“God was the worst person I ever heard of”.

Unfortunately, they stopped way too short and didn’t consider everything contextually. The other side of the equation becomes very evident starting in chapter 40. They missed the promises of peace and the success of Christ on the Cross because they missed the process.

Michael asks these interesting questions. “if Jesus was tempted as we were, was God also tempted? Perhaps he allowed this to happen in order to understand what it means to be human, seeing he was about to become one with humanity?”

We learn exactly when the Gospel of Grace was poured out on humanity.

Get ready to hear some beautiful criticism and have your soul saved anew!

Gospel Revolution
220916 The Pursuit To Prove Ourselves Wrong