220610 The Slippery Slope To Anti-Semitism 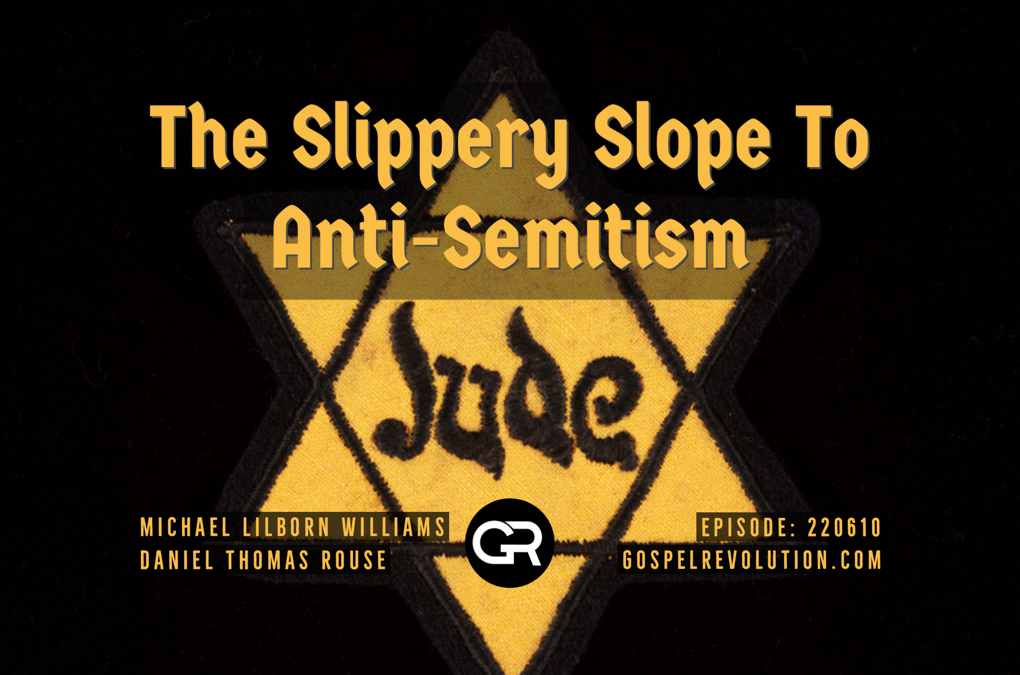 The show kicks-off with Michael and Daniel pumped-up about “The Final Design.” We’re reminded about Don Beres Bartlett’s admonition that “there was never a Plan B” as the guys expound on the GR’s “heresy”. “There is NOTHING in Genesis to indicate God and Man were ever One,” MLW states.
There are people who brag about the fact that “there is no need to study; all you have to do is follow your heart”. The guys disregard this perspective. and reiterate their desire to honor the Hebrew Scriptures and to study them until their last breaths respectively. Michael cautions us about articulating disrespect for the Hebrew Scriptures as “those Jewish writings” and how historically that may have begun the slippery slope to antisemitism, something we want to expose and never have anything to do with.
We are reminded that not only were Apollos and Paul confrontational in their comparative teachings, Paul was outright combative against what he saw as “another gospel”. Daniel points out both Apollos and Paul significantly changed their perspectives on Christ and the messages they were sharing, which is exactly what he and Michael have done!
Before getting into our new topic, the fellas rehearse our last series out of Micah:
Then we commence examining “The Mystery” by looking at Paul’s teaching.
We pursue a few questions like;
Get ready to have your world upended afresh for the good of your soul!