211231 Exposing The Manifest Sons of God Teaching: “Put Up Or Shut Up” 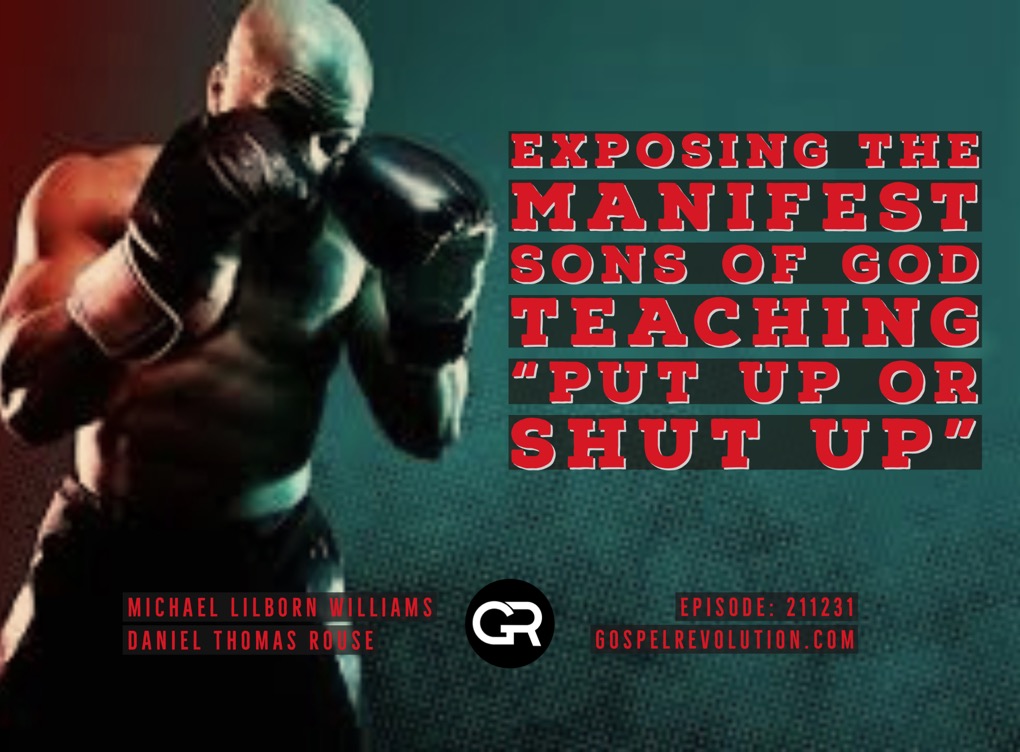 “If miracles were happening, it would be on TikTok. It ain’t happening! Let’s stop contemplating our navel and look around…To our friends, who are attempting to become what they already are – you’re never going reach what you see as a ‘manifest son of God’. You are completely misinformed. You are stuck here! You are not better than anybody else and never will be. Also, you are no less than anybody else and never will be.”
These comments of Michael’s in this brand new Powercast weren’t the only strong and pointed remarks.
“DO SOMETHING! You’re breaking peoples’ hearts! DO SOMETHING!”
The guys close out this show regarding the Manifestation of the Sons of God movement as told by Bill Nugent in his article “The Manifestation of the Sons of God and the Resurrection of the Dead”. We revisit the Azusa Street Revival, Latter Rain, “healing and miracle” services and other religious weirdness.
We hear Michael share about people being “healed” in Norvel Hayes’ services then calling him the next day, screaming in pain — yet still making it into Norvel’s newsletter about the so-called healing! Daniel shares how he prayed and believed for years that God would miraculously heal his lazy eye but it wasn’t until a breakthrough in medical science that Daniel’s eye was fixed in just one hour! He also wonders whether Adam had a belly button or not. (As always, the show wasn’t all intensity).
“It’s time to put up or shut up!”
Michael Lilborn Williams
to the Manifest Sons of God

Gospel Revolution
211231 Exposing The Manifest Sons of God Teaching: "Put Up Or Shut Up"