To any televangelist, faith healer, preacher – oh heck, ANYONE, who will accompany a Gospel Revolution representative to St. Judes childrens hospital and heal every child on any one floor of our choice.

We will ensure that an attending doctor will provide written evidence stating the disorder for which each child was admitted, and the now total health and wellbeing of every child you have healed, at which time you will be given the reward of $10,000.  The doctors medical evidence along with the $10,000, and an affidavit provided by the Gospel Revolution and notarized by the lawyer of your choice.will be invaluable tools for you to expand and promote your future ministry.

How can you lose. You can demonstrate conclusively, how God is no respecter of persons, once and for all. (Acts 10:34)

Oh! By the way, this reward has been on offer now for 10 years without any takers. Join your own dots. 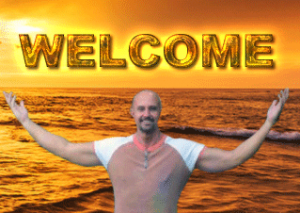 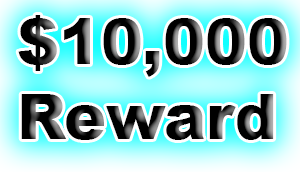 “A man’s ethical behavior should be based effectually on sympathy, education, and social ties; no religious basis is necessary. Man would indeed be in a poor way if he had to be restrained by fear of punishment and hope of reward after death.” – Albert Einstein

“It is wonderful to be gracious, but it is better to understand grace.” Michael L. Williams

“You can’t keep walking if you dig in your heals.” Michael L. Williams

“Each time a person stands up for an ideal, or acts to improve the lot of others…he sends forth a tiny ripple of hope, and crossing each other from a million different centers of energy and daring, those ripples build a current that can sweep down the mightiest walls of oppression and resistance.” Robert F. Kennedy

“When words lose their meaning, people lose their freedom.” Confucius

“Expectation is the root of all heartache.” William Shakespeare

If I could have convinced more slaves that they were slaves, I could have freed thousands more – Harriet Tubman.

The two worst addictions I ever had – Cocaine and Religion! One took all my money, destroyed my relationships, filled me with fear and paranoia, shut down my ability to hear from God, and the other was a white powdery substance. – Beres Bartlett

“There will be a day when humanity looks backs at religion the same way sane people now view slavery, treating women as chattel or gay people as being mentally ill or sinful. And they will ask, “What were they thinking?” And the answer will be that the religious were still eating from the Tree of the Knowledge of Good and Evil instead of drinking from the River of Life.” – Glenn Klein