Paul’s Dialectic Logic (or Whose Faith Is It Anyway???) 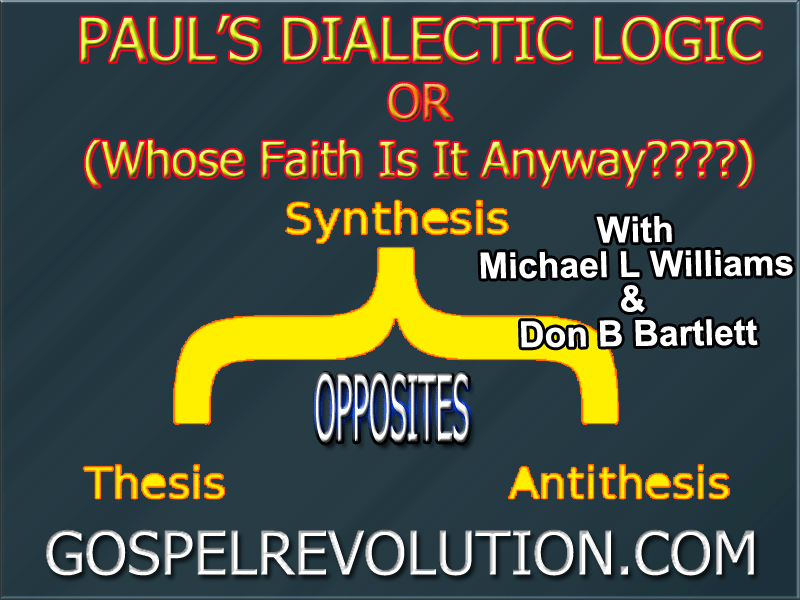 Jesus said to only two people that he had seen no greater faith than theirs in all of Israel. They were both NON JEWS! After hearing from Geo Howell, Vic d’Obrenan and Paul Viggers. Mike Williams and Don Bartlett explore exactly how Christianity so misunderstood then mangled the clear logic of Paul in Romans 10. Does “confess with your mouth and believe in your heart”, actually mean what Christianity says it does?

Paul’s Dialectic Logic (or Whose Faith Is It Anyway???)
Weekly Podcasts