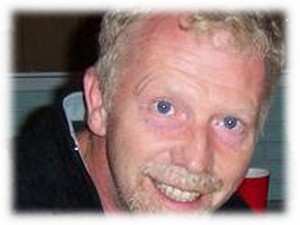 Jeff Robertson had a strict Catholic upbringing and attended Catholic school until the age of 12 when his family converted to Evangelical Christianity and started attending a Baptist church. Jeff loved to study the Bible. He was even given the nickname “Billy Graham” by his church youth group because he took the so Bible seriously.

At 16, Jeff “escaped” his religion and the Bible by becoming an exchange student to Europe for a year. While there he discovered the Gospel of Grace and Peace. He returned to the United States but not to his former religious beliefs. However, ten years later Jeff had a “fall from grace” in a Word of Faith Bible college (ironically the same one Mike Williams was teaching at).

After almost 2 years of religious Evangelical legalism and condemnation, Jeff remembered that Jesus said, “It is finished!” Jeff remembered those words and what they fundamentally mean: “Jesus did it all for everyone already; we’re all okay.” He received his diploma, left the Bible college and never looked back.

Eventually, Jeff began listening to The Gospel Revolution Radio Webcast, called the show on occasion, and reconnected with Mike.

Today, Jeff oversees the Store and CD production for the Gospel Revolution.